A Note from Us 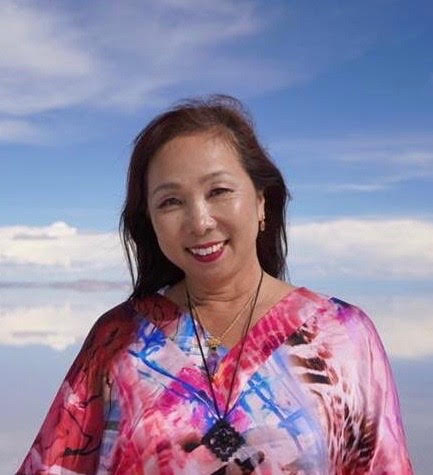 Keiko Anaguchi opened Shasta Rainbow Angels in the heart of Mount Shasta, California in 2007 as a retail portal of love and light and a beautiful high vibrational place for others to experience happiness, joy, and peace.

This online store is an extension of her vision for the future and her intention to provide powerful tools to assist others in their spiritual journey towards wellbeing and higher states of consciousness. Each item is carefully chosen by Keiko and her team for its exquisite beauty, grace, and divine purpose.

Keiko channels the Japanese Goddess AMATERASU – the divine feminine deity who is known as the bringer of light from the heavens. She is a channel for Quan Yin, Sanat Kumara, Saint Germaine, Jesus, the Great Central Sun, and others. She is a best-selling Japanese author of many books; some of which include Find Your Own Angels, Law of Attraction: Life is Full of Miracles, Your Happiness is Guaranteed From the Universe, and her most recent, Lemurian Love Portals.

For over 30 years, Keiko has dedicated her life to implementing various spiritual practices which have lead to her current success and happiness. She is a well known spiritual counselor, healer, teacher, author, and public speaker in Japan; serving more than 10,000 clients in the past 10 years and is a leading channel who graduated from Barbara Brennan Healing School of Science. She is recognized for manifesting a spiritual message into realistic form. Keiko leads spiritual tours to Mt. Shasta and Sedona in the U.S., as well as to Southern France, England, Peru, Egypt, and other vortex areas around the world.

In 1995, Keiko founded Dynavision Corporation, a spiritually-based business with the vision to serve humanity to awaken to its highest potential. The company offers many self-help training programs in Japan and brings authors from all over the world to present. Her company now has metaphysical stores in Tokyo, Okinawa, and Mount Shasta in California. Keiko is also the President and Minister of Dolphin Star Temple Japan. Dolphin Star Temple is a global Mystery School based in Mt. Shasta, CA since 1999 and with locations around the world. Keiko has trained and certified thousands of people and popularized the Dolphin Star Temple teachings in Japan.

She has become a clear channel for new teachings coming to the planet, providing a platform to share her knowledge of spiritual growth and understanding. As her vision continued to grow, Keiko Anaguchi acquired Ascension Mastery International in 2011. AMI’s inventory is one of the largest spiritual image collections offered both internationally and in the United States. Their prints can be found in this website and our store, Shasta Rainbow Angels, retail stores, online shopping sites, and in thousands of homes worldwide.

We hope you visit us in Shasta Rainbow Angels in Mt. Shasta at 321 a N Mount Shasta Blvd 96067 and online here at https://www.shastarainbowangels.com.